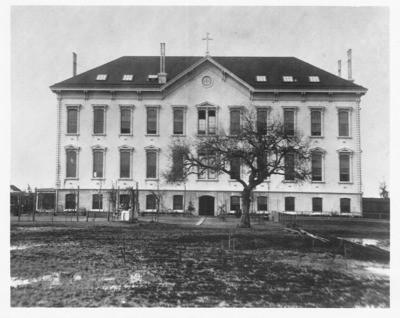 Academic Excellence since 1876
Saint Mary’s High School was established in 1876 when Stockton’s founder, Capt. Charles M. Weber donated land for a Catholic school. The city’s Roman Catholic pastor, Father O’Connor, enlisted the help of the Dominican Sisters who left the seaside community of Benicia to travel to the small valley town of Stockton and start Saint Agnes Academy. St. Agnes Academy opened as a boarding and free day school for girls, grades 1-12.
The faculty then consisted of seven Dominican Sisters and 95 students.  Since that beginning, Saint Mary’s has had four different locations and has been located on 25 acres on North El Dorado Street since 1956.
Saint Mary’s High School has been gifted with a strong religious presence of Priests, Brothers, and Sisters throughout its history.  The Dominican Sisters of San Rafael have been joined by the Brothers of Mary, the Franciscan Friars, diocesan priests, the Sisters of Charity of The Blessed Virgin Mary, and the Oblates of St. Francis de Sales. In 1970, the Oblates of Saint Francis de Sales were invited to administer at Saint Mary’s, and in the Salesian culture, students were taught to “be who you are and be that well.”
Gifted, dedicated lay men and women have contributed to the strengthening of our curriculum.  Our talented faculty represents expertise in 10 disciplines, offering over 120 courses in religion, English, social studie 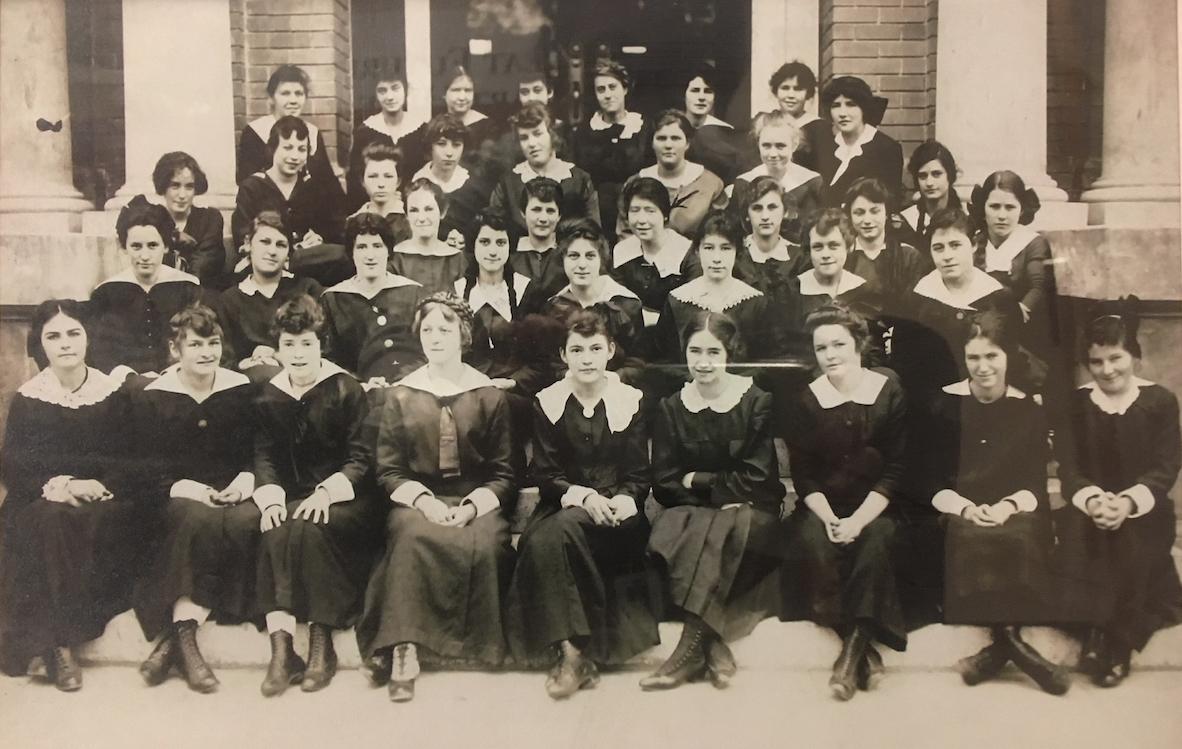 s, mathematics, physical education, science, computer resources, world  languages, vocational arts, and fine arts.  Twenty-five co-curricular activities and teams in 35 sports provide a variety of ways in which our students can develop their talents.
Saint Mary’s graduates, numbering over 14,000, are scattered throughout California, 49 additional states, and six foreign countries.
Over the years, the generosity of our many benefactors has been instrumental in the revitalization of the Saint Mary’s campus. A new chapter in our history began in 1996 with the opening of the Thompson Sports Complex followed by the opening of the Lagorio Family Academic Building in 2006, 50 years after the El Dorado Street campus opened. The Cortopassi Aquatics Center was dedicated the next year.  In addition, in 2011, the interior of Our Lady, Queen of the Angels Chapel was completely refurbished.  This was followed in 2013 by the renovation of the Nancy Santos Tennis Courts and the construction of the Basso Family Tennis Facility.  Student use of the Chase Chevrolet Athletic Performance Center began in the fall of 2014. In 2017, the bronze statue of St. Francis de Sales seated at the Edmond Zeiter memorial was installed. This statue honors the Oblates who have served Saint Mary's since 1970. Our most recent addition is the Stations of the Cross, a groundbreaking ceremony took place in 2019 and the project was completed in 2021.
Saint Mary’s High School has a long and distinguished history of preparing its students for the college experience.  The colleges and universities to which Saint Mary’s students have been admitted and the scholarships awarded give testimony to the outstanding preparation received here.  In recognition of these facts, beginning with the academic year 2010/11, Saint Mary’s became known as Saint Mary’s High School, A College Preparatory High School.

Saint Mary's We Salute You,
Our Alma Mater True.
Through All The Years We'll Follow,
Your Name Wher'er We Go!
We've Come To Know And Love You,
And Want The World To Know...
That We Will Keep Forever Bright,
Our Trust In The Green And White.